Our second engagement contribution, a painting and a piece of flash fiction below, is from Mike Bartlett.

Discover more of Mike’s work at his website www.mike-bartlett.co.uk

“I am an artist and stained glass designer; a graduate of the Royal College of Art who has had a long career as a university lecturer in Fine Art and Media Arts. In my visual artwork, whatever the medium or form it takes, there is an element of storytelling.  I like to think things through as stories because in stories we can juxtapose fact with conjecture, interpretion with exaggeration, and subjectively remember the traces left by people, events and ideas.  My aim has always been to make images that are visually stimulating, and to intrigue and amuse the viewer by encouraging the possibilities of multiple and alternative interpretations.”

The Poet didn’t feel himself that morning. That is not to say that he didn’t know who he was, but he had never experienced exactly or for that matter, even vaguely, such an acute sense of wrongness. “Is it ideological?”, he questioned himself.

He shuffled his fingers through his translation of Les Pensees Intimes of Torben Myercough and still felt attached to every word, bar some that only Will Self would recognise. “And that reminds me”, he thought.  “Where is The Book of Dave,?  I was reading the paperback only last night?

One by one he examined the titles:of his boxsets. True he hadn’t managed to finish Engrenages Series 1-6.  However,  he remembered the addictive pleasure of ordering every one.

Nothing in the room seemed out of place, although on the pine veneer Ikea shelves that covered the entirety of one wall there were gaps that he hadn’t noticed before.

Breakfast was a dull affair.  Had his Waitrose ordering routine misfired? Where was the freshly squeezed never from concentrate juice and, worse still,  he had run out of marmalade. The jar was entirely empty, and clean as new. although inexplicably the tangy smell of its late contents hung in the air..

Getting dressed he sorted through his T-shirts. Something to cheer me up he thought , but none of the colours matched this ambition. Surely I have something really bright,  more positive to wear, something that symbolises energy and vitality.”

“I cannot find anything wrong with you.” said the Doctor. “Certainly nothing physical. Of course we could organise a series of tests. Are you eating as normal?” The poet didn’t mention the lack of marmalade for his breakfast toast.

“You really are blue”, he whispered to himself as he turned the key in the latch, “Maybe it’s politics, maybe? Maybe not?”

But as a poet he felt obliged to articulate his feelings. But nothing seemed to rhyme.

“What is this poem about?”, he asked himself.

Upon what malady does my position hinge
How can I encompass such sour challenge
For now or future accept time so strange
Deduce not fear of where my feelings range
And in my way collect all these to expunge
To resolve that my future must be more orange. 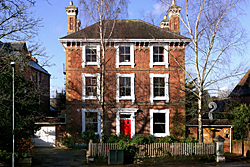